The History of Qetesh

At about the same time Qetesh's host changed slightly and reached her final form for a longer time:
A neko half-demon with grey skin, red cat eyes, bat-like wings, and simple black horns between her cat ears. 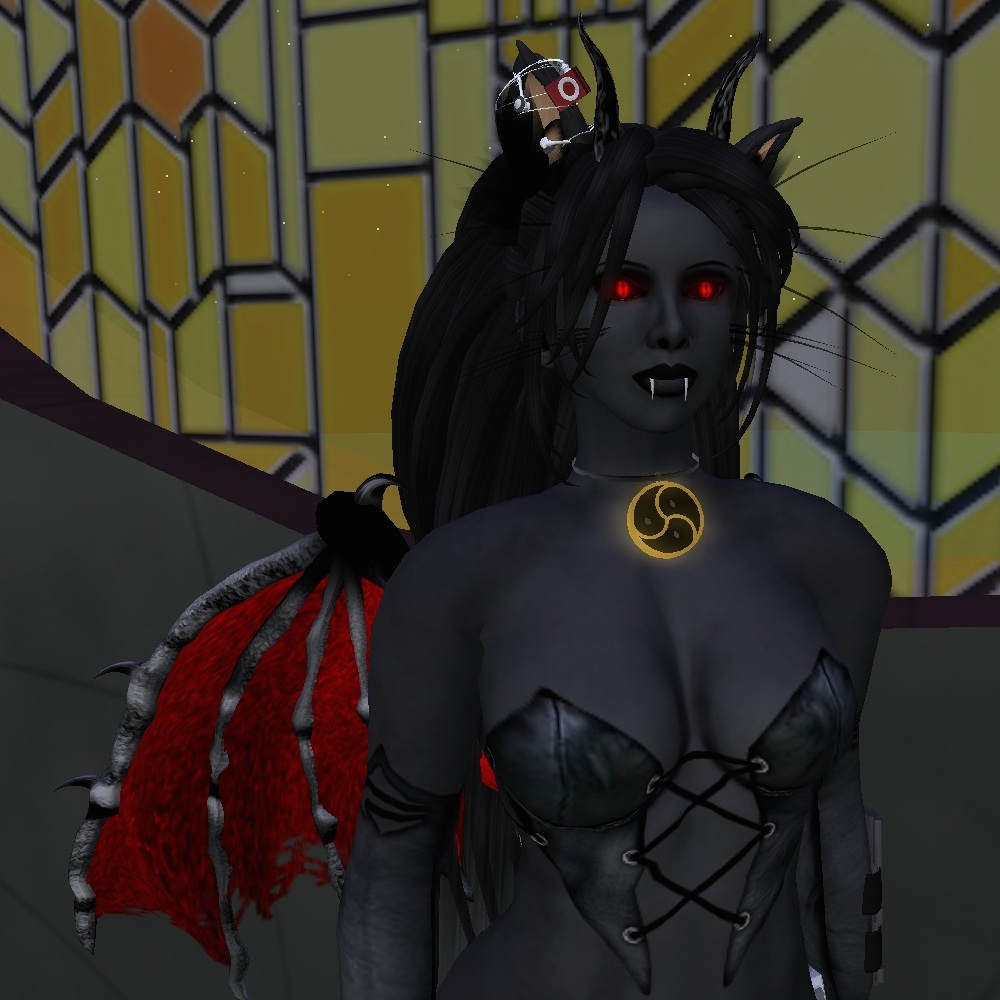 A few years later, in May 2011 I had the following conversation with a friend in Second Life:

I did her that favor. I watched the first episode on YouTube... It was weird. It was pink. It was silly. And it was awesome! I am not sure anymore what exactly got me hooked, but a few days later I had watched the complete first season.

I started looking for fan art and sucked in everything I found, and then I began waiting for the second season with my friend.

Soon after that, I began to classify myself as a Brony. Though back to the history of Qetesh! That's why you're here anyway. 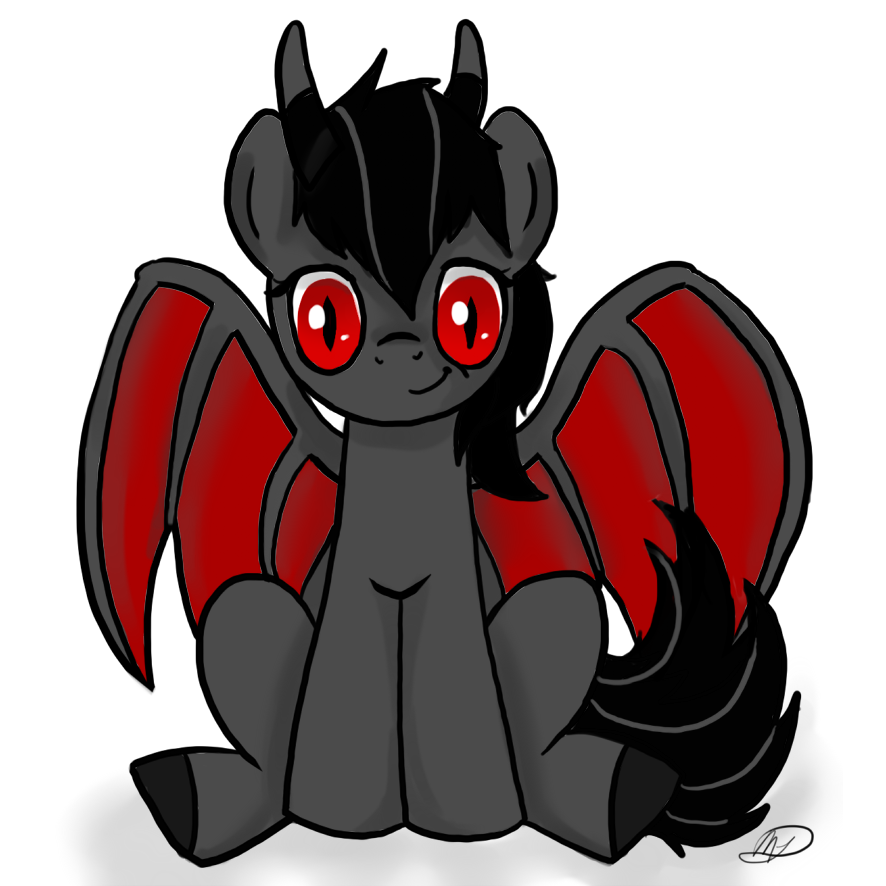 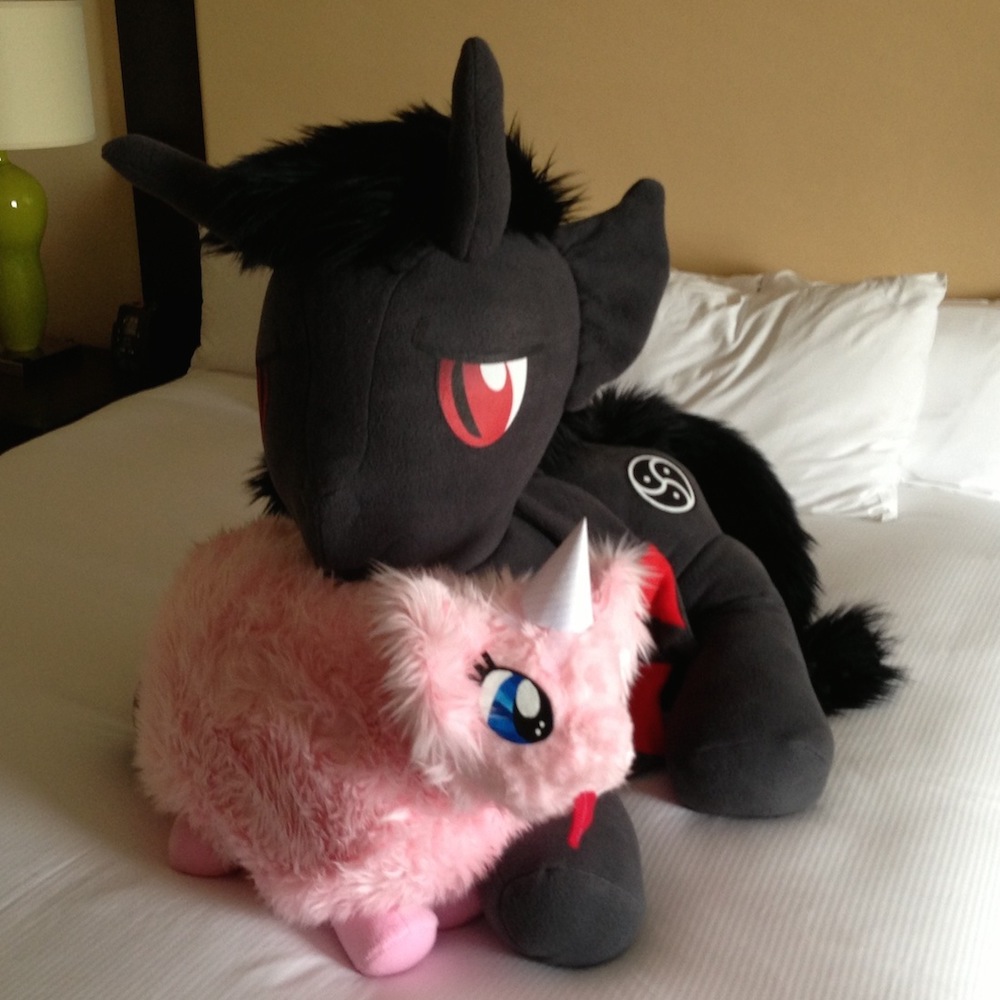 I started to see ponies in Second Life. At first just a few, then more and more. I really liked them, so I decided to ponify myself. It took a while to find the right avatar and mod it in order to turn it into a pony version of Qetesh.

After several tries it was a success, Qeteshpony was born:
A demon mare with a gray coat, red cat eyes, bat-like wings, and simple black horns between her pony ears. Sound familiar?

Basically she was really just a ponified version of my former avatar, and over the course of 2 years that more and more became the new Qetesh.

After a while I wanted more than just the avatar in SL so I made a simple design draft in the Ponycreator and asked MeggChan who I met on Google+, if she could draw Qetesh for me. She since then made most of the art that exists of Qetesh.

At some point I suddenly had several pictures and a huge, lifesize plushy made by Little Wolf Studios which I got from Suzan at BronyCon 2013.

At some point I decided that a little update of my avatar - and by now my OC - is needed. Somehow I didn't like the horns much anymore and the design of Lunas Guards (and after Bats! also that of Flutterbat) appealed a lot to me. After a lot of thinking and tinkering I decided to make a small change:

I removed the horns.

Basically that's it - and even though bat ponies were canon before, Flutterbat made them a lot more common. So here she is, Qetesh in her final form: 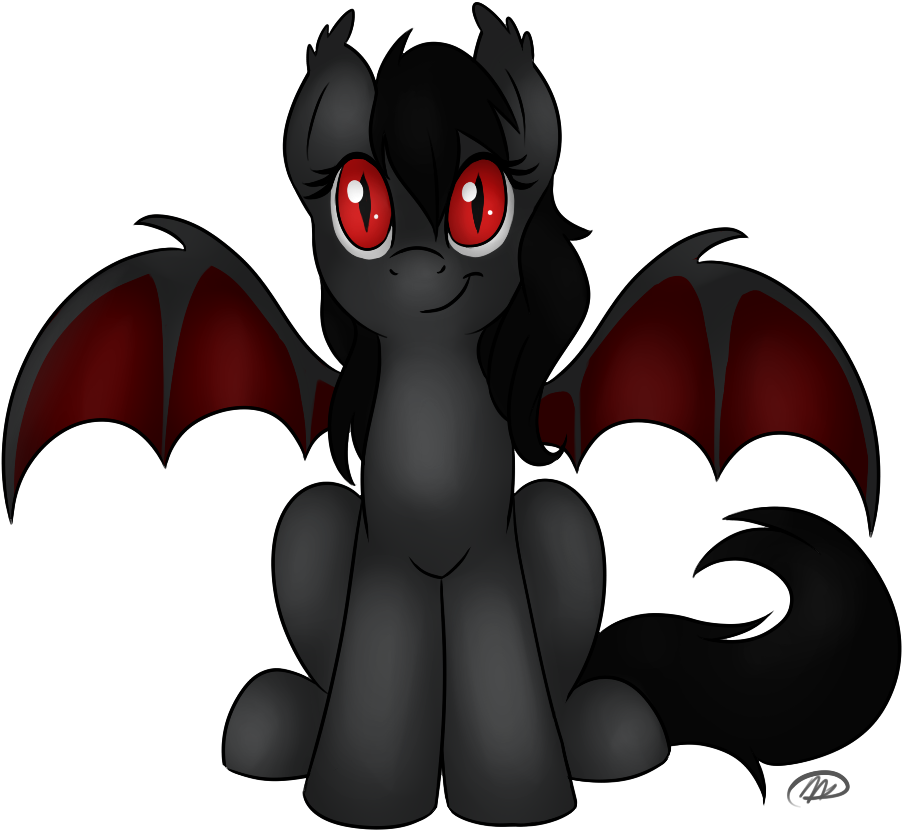